From Basic Function to Distinctive Elegance: The History of the Espadrille 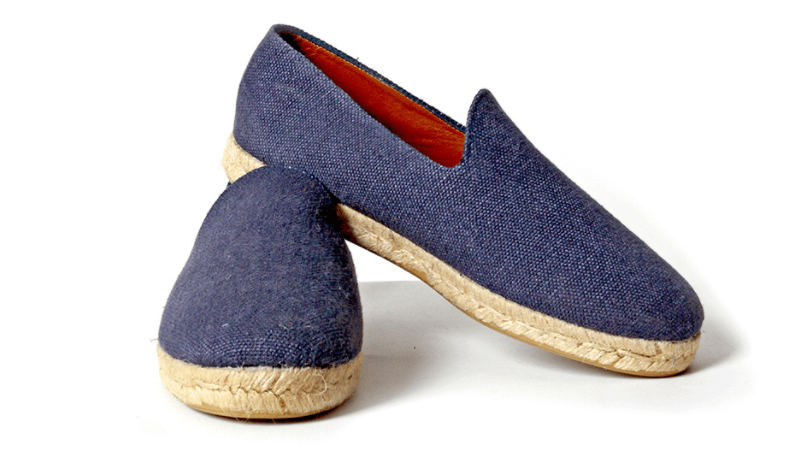 The espadrille: a symbol of modern casual chic has a rich past. These flat shoes made with traditionally canvas tops and esparto rope bottoms originated in the French-Spanish region of the Pyrenees Mountains more than a millennium ago.

The rope-constructed bottom goes back over a thousand years but was typically worn as sandals. It was not until the thirteenth century when the shoes became more commonly worn – surprisingly as military shoes. Infantrymen of the Catalana- Aragonese region (now northeastern Spain) were required by the King of Aragon to wear the shoes. Later they were worn by priests in Spain and miners in France as a part of the everyday uniform. In fact, French miners in the late nineteenth century had theirs hand-made and typically went through one pair per week.

The first and second World Wars saw an enormous shift in how the world viewed functional fashion, and miners and soldiers no longer wore the canvas-rope footwear as a part of their lives. Machinery and heavy boots became the new symbols of this working class, marking the espadrille as a quaint relic of an era that no longer existed.

Shoe designers had not forgotten these previously popular European shoes. As many Europeans migrated to South America, the shoe moved with them and the designs grew more colorful while slowly becoming a sign of unadorned gentility. In the 1940’s, Lauren Bacall smoldered around Key Largo while wearing a pair. The design evolved through the 1950’s, and by the 1960’s, Yves St-Laurent developed an espadrille with a heel, and a new fashion craze was born.

Moving up the coast from Florida, one can find stunning pairs of espadrilles for men and women. Our shop carries elegant espadrilles with the traditional look, but with top fabrics that vary from linen to suede to velvet so gentlemen of today can display modern gracefulness with a hint of old world cultivation.